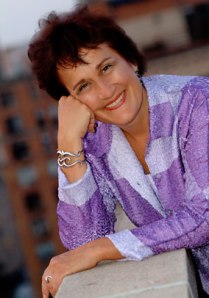 The only artist to receive the International Walter W. Naumburg Award twice, as a soloist and as a chamber musician, soprano LUCY SHELTON has performed repertoire from Bach to Boulez in major recital, chamber, and orchestral venues throughout the world. Highly acclaimed as an interpreter of new music, Ms Shelton continues to bring new audiences into the sound world of new works, often composed for her. A native Californian, her musical training began early with the study of both piano and flute. After graduating from Pomona College, she pursued singing at the New England Conservatory and at the Aspen Music School, where she studied with Jan de Gaetani. Lucy Shelton has taught at the Cleveland Institute of Music, the New England Conservatory, and the Eastman School. She is currently on the faculty of the Tanglewood Music Center and coaches privately at her studio in New York City. She has recorded for Deutsche Grammophon, KOCH International, Bridge Records, Unicorn-Kanchana, and Virgin Classics. 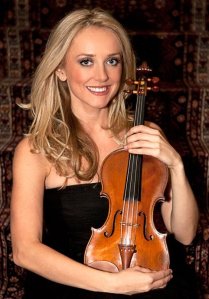 Violinist SOLOMIYA IVAKHIV has quickly earned a reputation for performing with “a distinctive charm and subtle profundity” (Daily Freeman) and has embarked on an international career that has included performances in concert halls throughout Europe, North America, and China. Born in Ukraine, she made her debut with the Lviv Philharmonic Orchestra at the age of thirteen and has won top prizes in numerous competitions, including the Sergei Prokofiev and the Yaroslav Kocian International Competitions, and the Fritz Kreisler Charles Miller Award from the Curtis Institute of Music. Ms Ivakhiv has performed at major festivals, including Steamboat Springs, Musique de Chambre à Giverny in France, Prussia Cove in England, Tanglewood, Ottawa ChamberFest, Bach Festival, Holland Music Festival, Verbier in Switzerland, Normandy Chamber Music Festival, “Virtuozy,” KyivFest, and the “Contrast” Festival of Modern Music in Ukraine. Her performances have aired on National Public Radio, Voice of America Radio, Ukrainian National Radio and Television, and China’s Hunan Television. As a chamber musician, Ms Ivakhiv collaborates with many of today’s finest artists, including Joseph Silverstein, Claude Frank, Gary Graffman, and Steven Isserlis. An avid proponent of modern music, she premiered the Violin Concerto No. 2 by Ukrainian composer Yevhen Stankovych, “Three Songs for Henie” written for her by American composer Eli Marshall, and has recorded original music by Philadelphia-based composer David Ludwig. Solomiya Ivakhiv is a graduate of the world-renowned Curtis Institute of Music and holds a Doctorate of Music Arts degree from Stony Brook University. Her principal teachers have been Joseph Silverstein, Pamela Frank, the late Rafael Druian, and Philip Setzer. She is the Artistic Director of the “Music at the Institute” Concert Series (MATI). 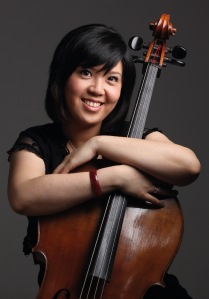 Cellist YI-CHUN CHEN, a native of Taichung, Taiwan, won the Taichung City Cello Competition in both the children and junior divisions for four consecutive years. She was also the winner of the Taiwan cello competition in 1994 and 1996 as a representative of Taichung city. In 1998, at the age of fifteen, she entered the Curtis Institute of Music in the U.S., where she studied with David Soyer, the renowned founding cellist of the Guarneri Quartet. Under his tutelage, she developed a great interest in chamber music and took part in the Kneisel Hall Chamber Music Festival from 1999 to 2001 with the support of the Gerald F. Warburg Cello Scholarship. She went on to pursue her master’s degree at Boston University. In 2004 she joined the Hong Kong Philharmonic and that same year was awarded the “Talent in Art” Scholarship from the Chi Mei Foundation and the “New Rising Artist in Music” in Taiwan. Chen also has abundant orchestral experience. She was principal cellist of the Taiwan Youth Orchestra in 1994-1996. In 1997 she won the Vigor International Corporation Scholarship, which allowed her to take part in the Asian Youth Orchestra tour with Yo-Yo Ma in Malaysia, Hong Kong, China, Japan, Korea, and Singapore. In 1999 she toured Europe with the Curtis Symphony Orchestra under conductor Andre Previn and with violinist Anne Sophie Mutter. Chen was a member of Haddonfield Symphony in 2001 and 2002. She was principal cellist of the Boston University Orchestra in 2003 and was also appointed acting principal of Hingham Symphony that same year. In 2004 she took part in the Pacific Music Festival in Japan. 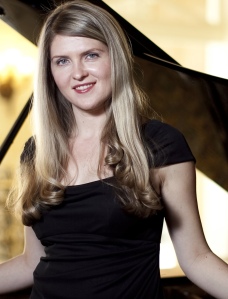 Born in Sukhumi, Georgia, Ukrainian pianist ANGELINA GADELIYA has performed widely as a soloist, recitalist, and chamber musician throughout the United States, as well as France, Germany, Italy, Spain, Mexico, Israel, and Ukraine. She completed three seasons with the prestigious Ensemble ACJW, and as a fellow in the Academy–a program of Carnegie Hall, The Juilliard School, and the Weill Music Institute–was actively involved in educational outreach in New York City, and performed regularly at Carnegie Hall, as well as at the Juilliard School. She and her colleagues from the Academy have formed a new ensemble, The Declassified, an exciting new collective seeking to reinvigorate the world of classical music through revelatory audience engagement, community outreach, and innovative programming. Ms Gadeliya has participated in highly acclaimed residencies with the ensemble at the Mecklenburg-Vorpommern Festival in Germany, the Abu Dhabi Music and Arts Festival, and at Princeton University. She has appeared as soloist with the Sinfonia of Colorado, the Chamber Orchestra of the Springs, as well as with the Fort Worth, South Dakota, Oberlin, and Stony Brook symphonies. In 2007, she was invited to perform as part of Carnegie Hall’s Discovery Day for the Emerson String Quartet’s Beethoven Project, as well as the Mahler Symphonies Project in 2009. Twice a fellow at the Tanglewood Music Center, she has collaborated with such artists as Lucy Shelton, James Conlon, Solomiya Ivakhiv, Thomas Ades, David Stern, Andrew Manze, John Adams, Steve Reich, members of the New York Philharmonic, and the internationally acclaimed Mark Morris Dance Group. Her recent performances include solo and chamber music recitals in such venues as New York’s Alice Tully Hall, Carnegie’s Weill and Zankel Halls, the Consulate of France, the Ukrainian Institute of America in New York, the Ukrainian Institute of Modern Art in Chicago, the New York Historical Society, and the German Consulate; and at such festivals as the Bach Festival of Philadelphia, the Beethoven Master Course in Positano, Italy, the Reynosa International Piano Festival in Mexico, the Philadelphia Chamber Music Society, and David Dubal’s “Chopin and Schumann at 200” lecture series at the Metropolitan Museum of Art. Since the summer of 2009, Ms Gadeliya has served as a faculty member at the International Vocal Arts Institute in Tel Aviv, Israel. She is currently a faculty member at the Colorado Springs Conservatory of Music.